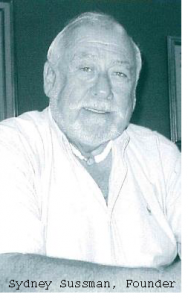 The beliefs of its founder, Sydney Sussman, primed Nexus Properties to undertake the reimagining of downtown Glassboro, N.J.

For most developers, a project is a market opportunity. It’s a calculation of the investment cost, time and potential.  That’s all true of Nexus Properties’ mixed use, redevelopment project in Glassboro, N.J., but the projects also have a more personal connection to COO and CFO Dante Germano.  Germano grew up Glassboro – Nexus is renting office space in his uncle’s former bakery during the project – and he sees the development as a chance to revitalize his hometown.

It is through Germano’s background that Nexus came to the project. Even as his career took him away from Glassboro, Germano kept in touch with many of the borough’s leaders and area officials. So when another developer ran into problems seeing the town’s downtown redevelopment masterplan through to completion, Glassboro asked Nexus to take over the project in 2011.